The Right is on the march in Spain

Recently, regional elections took place in the Kingdom of Spain. Elections for the Madrid region took place on May 4, 2021. As expected, the centre-right People’s Party won. This region is one of the strongholds of the People’s Party. Isabel Ayuso was re-elected president of the region after her party won a whopping 1,620,000 votes or almost 45 per cent of the ballots. In second place was Mas Madrid – a leftist and feminist party that broke from the communist Podemos in 2019, with 17 per cent. Unexpectedly, the PSOE (Socialist Workers’ Party), which governs the national Spanish parliament, came in third. This party was believed to be guaranteed second place. Apparently, the leftists in Madrid gave more confidence to Mas Madrid than to the PSOE. The Socialists won 16.8 per cent, over 11 per cent lower than the previous Madrid elections. Vox (voice), a right-wing party and the biggest critic of communism in Spain, won a steady 9 per cent – slightly more than in the last elections. Following them were Podemos (We Can), famously a communist group, who spit on the church and everything conservative. The last to finish were Ciudadanos (Citizens) who, due to miscalculations in their policies, lost the 26 seats from the previous elections and did not win a single MP. These elections were not normal. About two months ago, Ciudadanos turned their backs on the People’s Party in the Murcia region. The People’s Party and the “Citizens” were allies, but the unexpected betrayal cost Ciudadanos dearly. Following the coalition with left-wingers from the Socialist Workers’ Party in the Murcia region, the Madrid region’s president, Ayuso, decided to end the coalition with Ciudadanos. She then called for early elections. This time she was successful, following the two unsuccessful attempts in 2020.What is the outcome of these elections? The People’s Party has consolidated power with its 65 seats. The number 69 constitutes an absolute majority, which means that they lack only four seats. Although Vox acted separately, after the election they promised to to support the People’s Party in all their anti-leftist policies. Podemos began to disintegrate in the previous election where Inigo Erejon parted from them and formed his own party (leftist), Mas Pais. Following the defeat in this election, the president of Podemos, Pablo Iglesias, who was also the second deputy prime minister of Spain, resigned and announced a devastating withdrawal from politics. That means a collapse for his party, where its electorate will slowly move over into Mas Pais.Ciudadanos, with its zero seats won, paid the penalty for betraying their coalition partners. Their support was largely based on centre-right voters who were dissatisfied with the People’s Party. After the coalition with the Socialist Workers’ Party, those same voters returned to the People’s Party. In the future, in the Madrid region, we can freely say that conservative policies will surely and firmly rule. The communists and their harmful policies to Spanish society are reduced to having no control over this region. What we might expect from this victory of the People’s Party is that the PSOE will lose the next national parliamentary elections. PSOE’s ratings have been falling since the Catalan regional elections earlier this year, when a majority in the Catalan parliament was secured by separatist left-wing parties. Following defeat in Madrid, the People’s Party surpassed the PSOE and leads national polls by 2 per cent. Such a lead could bring early parliamentary elections next year, where we will finally Prime Minister Pedro Sanchez on his knees. Another People’s Party’s option is to form a coalition with VOX, which would also require another Catalan party to win an absolute majority in the Spanish parliament. This coalition, though, is uncertain, as VOX has much more radical views than PP. This coalition will still have to be formed if the People’s Party wants to be dominant. For Ciudadanos and Podemos their days are numbered, and Mas Pais can be called the new leader of the communists, feminists and all leftists in Spain. The PSOE will in the future become a subordinate party of Mas Pais, who together by flattering the separatist parties across Spain will try to offer some resistance. This victory of the Right and the soft Right is part of the domino effect that is happening across Europe (especially the south). The numbers are growing day by day and let us hope that in the near future freedom will deal a severe blow to communism across Europe and put an end to its harmful policies towards European society. The question is, communism or freedom, but the future is in your hands.-

*The column was originally published on Conservatives Global

As a result of the harmful left-wing rule in the European Union and their false propaganda, the number of conservatives is increasing. Day by day in different parts of Europe, Northern, Southern, Eastern and Western, Read more…

A loss for democracy

It is said that it is usually best to look back at things from a certain time distance in order to avoid any possible bias and regard the situation outside a possible emotional frame. So Read more… 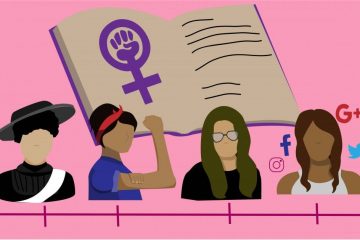 The real feminism is subtle, not tacky. Feminism should be self-respect of the woman. A teaching that will elevate and perfect her as a person and will portray her as an example, without her asking Read more…